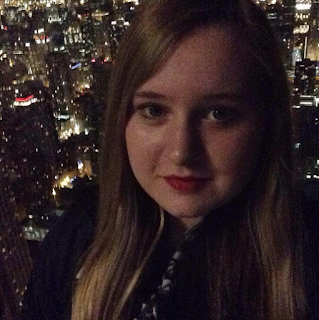 Shaina is a volunteer officer in AHA. She is a sophomore majoring in Actuarial Science and Risk Management & Insurance. Like many people in AHA, Shaina found out about the group through the student organization fair. There, she met former president and vice president, Sam Erickson and Cole Dreier. She decided they were cool people, and after the kickoff meeting, she was ready to embrace her atheism to the fullest.

I was born into a Lutheran family and grew up with the church on my side. My parents had me baptized immediately as a baby and signed me up for every church event possible. I never missed a Sunday “GodZone” session of song and Bible teachings throughout my elementary years. During the summers I would participate in a week-long Vacation Bible School session and another week-long Bible camp at Camp Wapo. My mom was hired at my church during these years and I was always eager to visit her office and talk with all of the pastors. I made many lasting friends at church and it became a second home to me. However, even at a young age I can still remember feeling disconnected from the Bible teachings and questioning the validity of these stories.

My middle school years were a gradual turning point in my faith. Starting in sixth grade I was required to attend confirmation classes every Wednesday after school. Most of these classes consisted of a sermon or group activity followed by discussion. For the first few years of confirmation I went with the flow and put in minimal participation. Unknown to me at the time, I really wasn’t believing anything I was hearing at all. Almost nothing was resonating with me, and I had a growing pit of helplessness and fear that nobody else around me seemed to have. I was terrified to question my faith. One bible verse always stuck with me, and because of that, I dismissed every thought of questioning my faith and continued to blindly follow what I was being told by the church. The passage, John 3:16, states:

“For God so loved the world that he gave his one and only Son, that whoever believes in him shall not perish but have eternal life.”

My interpretation of this passage was that if I didn’t believe that Jesus was the son of God, I was guaranteed to go to Hell. Hell freaked me out.

While still remaining somewhat active in the church through volunteering, leading Vacation Bible School groups in the summers, and (forcibly) attending confirmation during the rest of the year, my hold on Lutheranism was loosening and I was growing more and more lost with the church. My mom was starting to catch on to my lack of faith, and thus she signed me up for the special confirmation group for my freshman year, the last year I had to take confirmation. While everyone else got to have big group sessions and see all their friends, I was in a small group with eight other people that never met in the big group. We were called “The Seekers,” and supposedly we were digging deeper than the rest. I tried my best to please my mother and make the best of the situation, but it really sucked. But, it became the most influential religious experience I’ve ever had. In one the sessions, my group leader explained several of the main religions, including atheism and agnosticism. Atheism was foreign to me at the time and I thought it was a just hostile group of hooligans who were up to no good. However, my leader gave an excellent five-minute description of what it was and it changed my life.

The tidbit of his presentation that stuck most with me was that atheists believe that we are born, we live, and then we die. Forever. Everything he was saying about it was exactly what I believed all along. From then forward, I decided to embrace my lack of belief and be a closet atheist, learning more about life without religion and fine-tuning my values and beliefs to be God-free.

To this day I am still terrified of Hell and John 3:16, but it is impossible for me to believe anything else in the Bible. Everything I have learned in AHA, science classes, and life experience is incompatible with my previous religion. While I am grateful to the church and see Lutheranism as a wonderful religion to believe and a positive experience in my life, AHA has been so much more of an enlightening experience to me and has given me better reasons to make the most of my life on Earth before I die forever. Unless I really do end up in Hell, but I’m sure I’ll see some of you there!