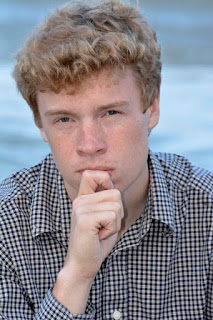 Ian Baumgart is one of the Co-Programming Chairs of AHA. He is a sophomore majoring in Biomedical Engineering. Ian found out about AHA when he walked by former officers Mark Pan and Cole Dreier tabling on East Campus Mall for Blasphemy Day. He told them the display was unwarranted and antagonistic. Cole and Mark told him to come to meetings and express his opinions there. After his first meeting, Ian was hooked.

I grew up in a secular household where religion wasn’t emphasized and usually not talked about. My parents, both raised Christian, raised my sister and me on morals explained through empathy rather than god. They left us to determine our own religious beliefs, and always accepted our metaphysical development. I never considered religion until around middle school, when I determined that I could not find reason to believe in the preternatural, considering I had gotten this far in life without it. Since then, I’ve thought extensively on religion and found that I side with agnosticism. As an agnostic, I don’t believe there is strong enough evidence to prove or disprove the existence of a god. I think morality can be independent of religion and that people can be equally super whether religious or secular. At AHA, I want to encourage this idea of unity and open discourse about belief between religious and secular students at UW-Madison.