Once again, we here at AHA have added a display to the Wisconsin State Capitol Rotunda. 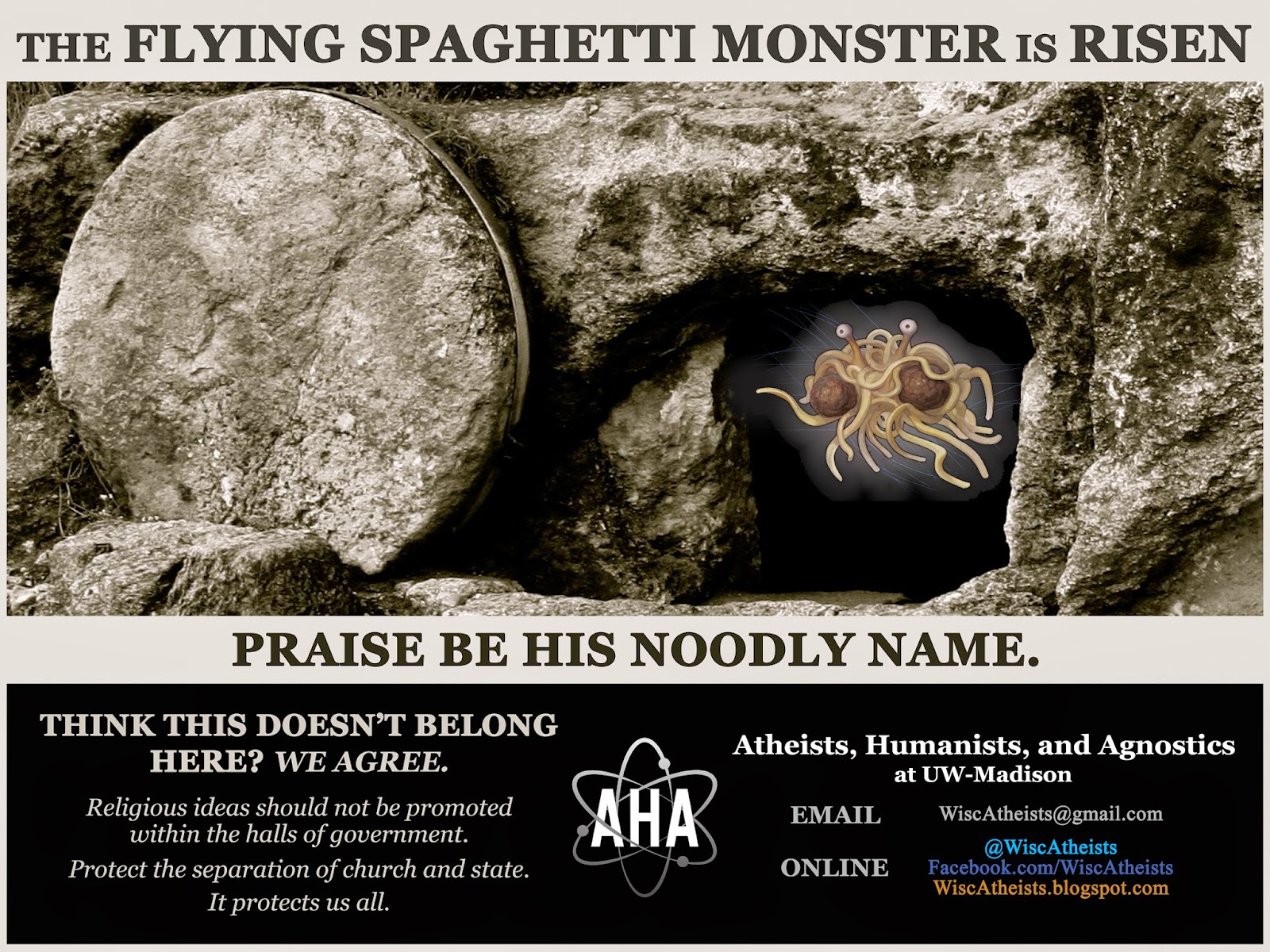 The Flying Spaghetti Monster is Risen!
Praise be His Noodly Name.

Think this doesn’t belong here? We agree.
Religious ideas should not be promoted within the hall of government.
Protect the Separation of Church and State. It protects us all. 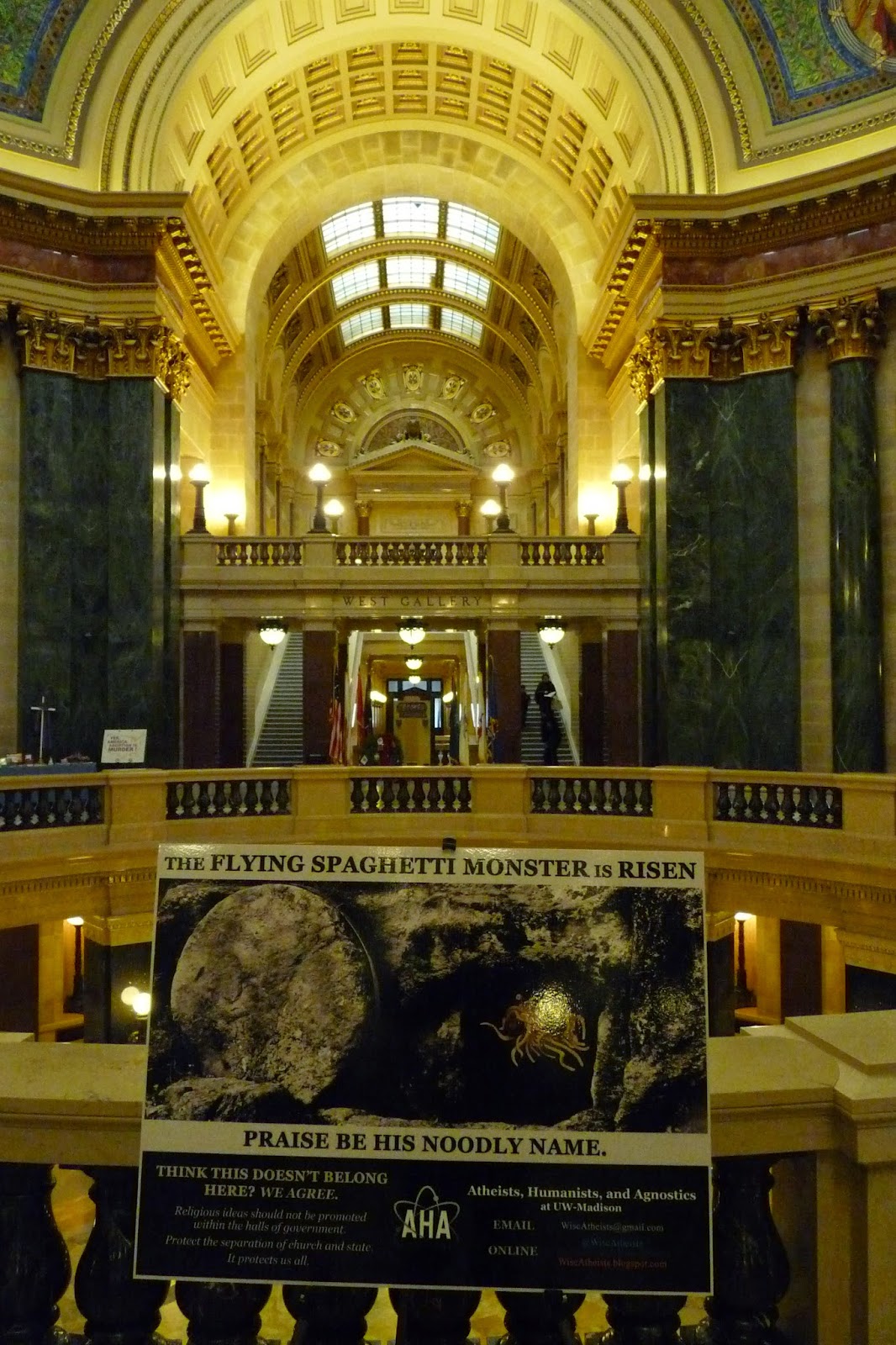 Our display depicts the “Flying Spaghetti Monster,” a popular mock deity within the secular community composed entirely of spaghetti and meatballs. It is intended to counter a cross that has been on display over the Easter holiday, pictured here. 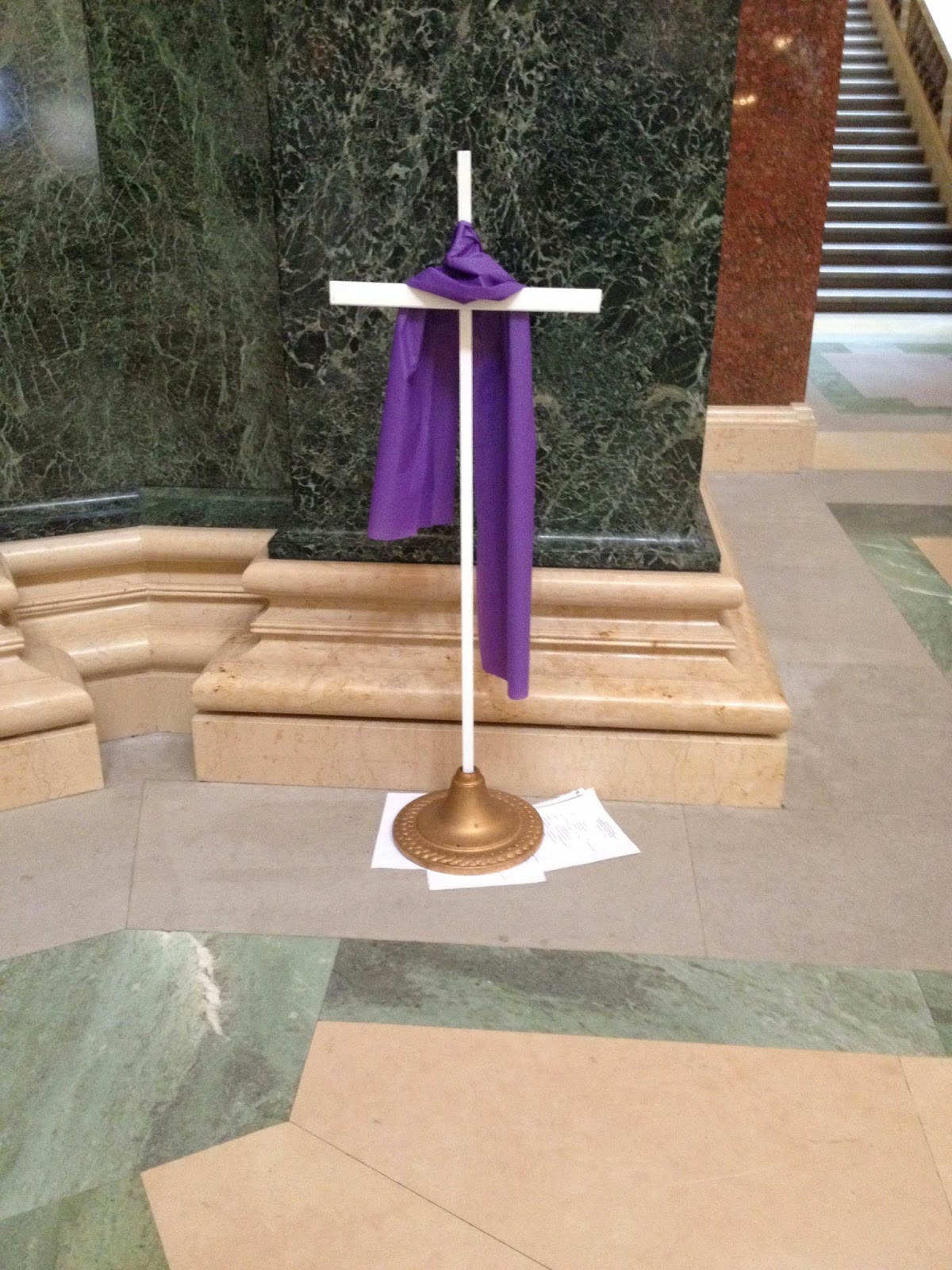 The intention of the display is not to mock religious believers, but rather to advocate for the separation of Church and State. We want to draw attention to the ridiculous public forum system in the Wisconsin State Capitol which allows religious displays to enter the halls of government. We would prefer that our Capitol remain secular, and hopefully the absurdity of our display will make people question whether the Capitol is an appropriate place for promoting religious views. 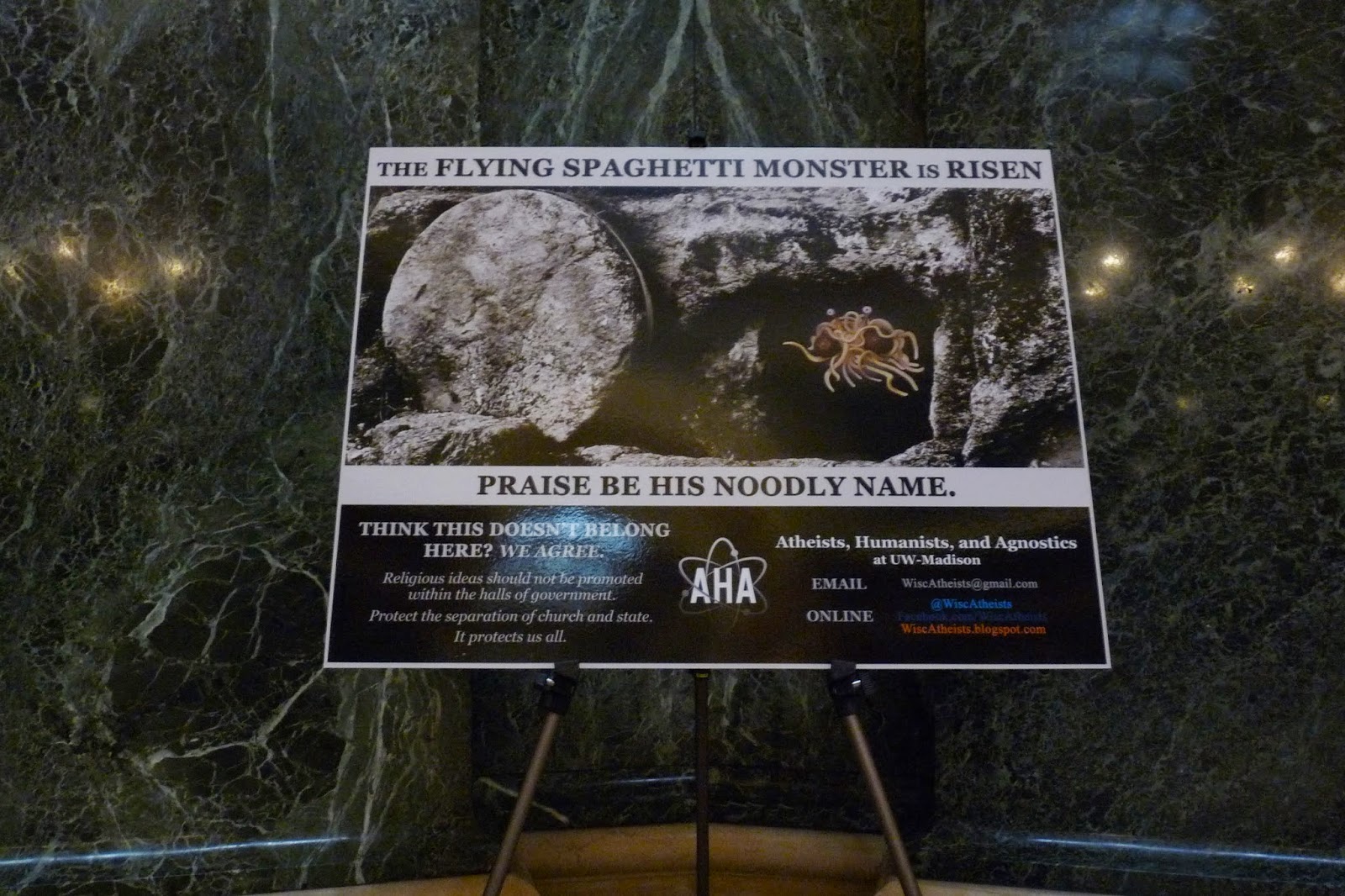 The Flying Spaghetti Monster has previously graced the Capitol’s halls. This year’s display plays off of a similar display which AHA put up in December of 2013. The sign combated numerous religious holiday displays, urging onlookers to “Be touched by his noodly appendage before it is too late!” while reminding them that “He boiled for your sins.”

Additionally, AHA put up three displays in the Capitol last December, with two of the displays depicting gods from the popular television show Game of Thrones.
We have found that it is incredibly easy for AHA to secure a permit for our displays. In fact, practically anyone can put anything they want in the Capitol. All you have to do is fill out this simple one-page application (DOC).
Go check out the display for yourself! It’ll be in the Wisconsin State Capitol until Sunday, April 12th.