Once a semester, AHA hosts our Freethought Speaker Series, in which we invite a speaker to give a talk for us. In the past, we have invited ex-pastor Jerry Dewitt, FFRF Lawyer Andrew Seidel, and FFRF co-President Dan Barker. This semester, we got our most well-known speaker yet: Henry Reich, creator of MinutePhysics on YouTube. 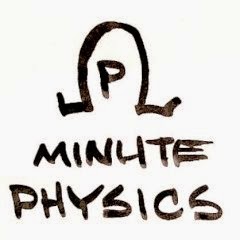 Henry Reich attended Grinnell College, where he majored in physics and math. Later, he got his masters at the Perimeter Institute for Theoretical Physics in Waterloo, Ontario. In addition to science, Henry is very interested in videography and film. He first became involved with YouTube as a special effects editor for the YouTube channel, Freddiew. Eventually, he decided to pursue his own channel, naming it MinutePhysics.

MinutePhysics was a trendsetter for online videos. In 2011, Reich was one of a handful of people creating science videos for the typical YouTube audience. MinutePhysics became quite popular within the first year of its existence. Online news outlets praised the videos for making science fun and interesting. MinutePhysics and the other educational channels that existed at the time helped start an educational revolution. The quality of science content on YouTube today is extremely impressive, and continues to inspire many young scientists of tomorrow.

As a part of our Freethought Speaker Series, Henry gave a fantastic presentation titled “The Physics of Free Will,” in which he gave scientific perspective to a philosophical question that has been the object of debate for centuries. If you missed the talk, the video can be found below:

Lastly, we hold a fundraiser each semester. Freethought Speaker Series is our largest way of promoting our fundraiser. Last semester, we were able to raise $155 for the Domestic Abuse Intervention Services in Madison. This semester, we are raising money for Porchlight, an organization that helps the homeless in Madison. If you missed the talk, but would still like to donate, click here or on the “Donate” button on the top right, and leave a memo letting us know your donation is for Porchlight.