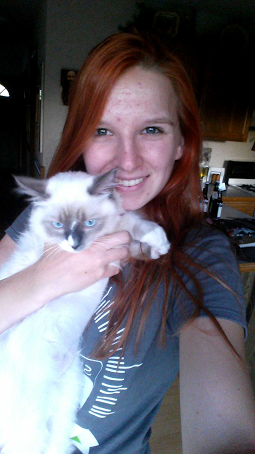 I was raised Catholic, and for a while, genuinely believed that my beliefs were right. I was completely ignorant of the many other belief systems out there. My mom was a youth bible teachers, so going to and being involved with the church was always an assumed task for my younger brother and I. My dad didn’t really care too much about church. He would encourage us to go, but it was more of a “mom says we’re going to church” type of attitude.

I used to sing in the church choir until I was in sixth grade and I enjoyed the community aspect, for the most part. Later on, I started to dislike nearly everyone in my youth bible classes, and that definitely turned me off from wanting to go anymore. Why go spend my time with people I don’t like? Oh that’s right, “God”.

Like most confused preteens, I went through phases of being dedicated to “God” and not giving a damn. After a while, I started to realize that I only became closer to “God” if I was sad, in trouble, scared or lonely, which made me really angry. I didn’t like that my “God” was making me feel unhappy just so I would talk to him; I thought he was supposed to be loving.

These contradictory measures that “He” was taking made me feel very uneasy about what I believed in, so I looked into other religions to see if their “Gods” were more benevolent. I learned a lot about other religions, particularly how similar they tend to be. I also read the bible cover to cover to see if I was missing anything by learning from priests and bible teachers. Reading the bible instead made me realize that priests and bible teachers leave out all of the malevolent parts.

While wandering through a used book store I found the book, “Coffee with Buddha” and although it wasn’t a religious text, it outlined Buddhist beliefs. I thought Buddhism was the most spectacularly peaceful belief system. I didn’t consider myself Buddhist, but that was the one of the major tipping points that pointed me to the path of becoming the Atheist I am today. That book made me realize how much I value peace and happiness.

After reading “Coffee with Buddha” (which I highly suggest you read) I realized more and more about myself. I noticed that I was a realist, a logical thinker, and an Atheist. All of these realizations developed in middle school, up until about freshman year of high school. I didn’t tell my mom or anyone in my family until sophomore year of high school in fear that they might pressure me to believe again or disown me. Instead, I confided in a couple close friends at the time, and they most definitely had an impact in solidifying my Atheistic views.

My mom and I have always been close, and I was afraid that if I told her that my beliefs weren’t what she wanted them to be, that we would lose that closeness. Luckily, she only tried to make me believe in the Catholic system of beliefs for about a year, then started to loosen her grip a bit. Like I said, I used to go through phases, so how was she supposed to know whether or not becoming an Atheist was a phase? I don’t blame her for trying to keep me involved with the same faith as her; she was trying to do what she thought was best for me out of love.

Junior year of high school was rough overall. I won’t get into details, but it was definitely a test of my beliefs, and the hard times ended up consecrating my secular beliefs. Junior year of high school is also when most Catholics get confirmed, and as one of the youth bible teachers, my mom pushed for that to happen. Her deal was this: I must go to mass every Sunday and attend confirmation classes, but if on the morning of the day of confirmation I didn’t want to get confirmed, I could stay home. Surprise surprise! I stayed home and watched Friends all day.

My hometown, Pewaukee, is very religiously Christian/Catholic, but I thought “oh well, people won’t care if I’m an Atheist”. Yeah, no. A few of my friends turned into bullies and made it clear I was not welcome at their table anymore. It was weird because never, not once, did we explicitly talk about religious beliefs, but when I said I was different than the norm, they were against me. Thankfully, I still had a couple people that accepted me at school, but I felt like such an idiot for thinking they would accept me if I had different beliefs. That was crappy.

After high school came college and I first went to UW-Eau Claire for a year and it was not crappy anymore! I joined their Secular Student Alliance, formerly known as FreeThought, and in the process met some intellectual, inspiring, down-to-earth people, one of which became my best friend, Liz. In UW-Eau Claire’s Secular Student Alliance I organized a few events and realized I loved being active in the secular community, so when I was looking to transfer schools (because of my major and being bored with what UW-Eau Claire had to offer) I made sure my transfer school had a sweet secular organization, A.K.A. AHA at UW-Madison.
Unlike in high school, I’m accepted by people with similar and differing beliefs, and that rocks. Also, now my mom is very supportive of my choices and beliefs. She knows it’s not a phase. She doesn’t say she’ll pray for me, she says “you’re in my thoughts”. I’m proud to be able to have a mother who accepts, and almost celebrates, my beliefs that differ from hers. I sent her a link regarding the God Graveyard from this past Halloween, and she thought it was awesome that I was passionate and involved in something I care about.

I’m so happy I became an Atheist. 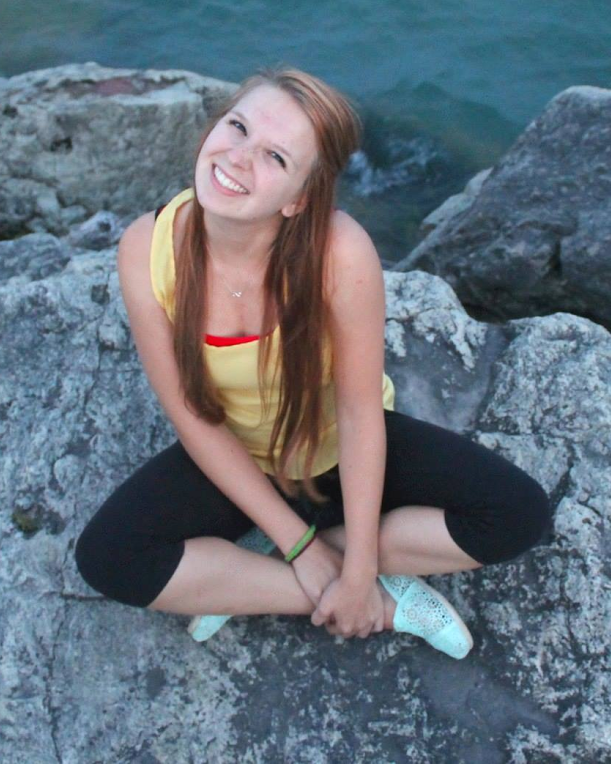