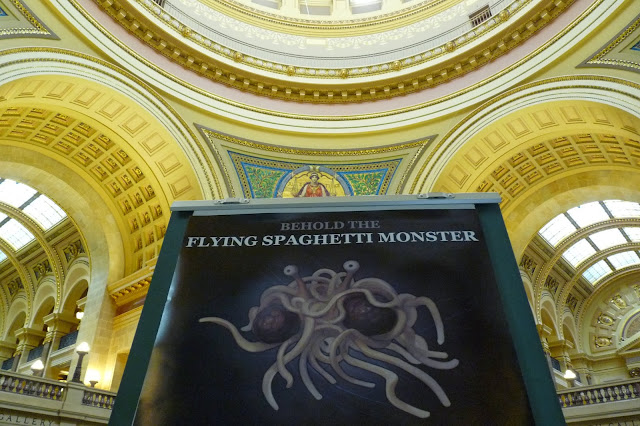 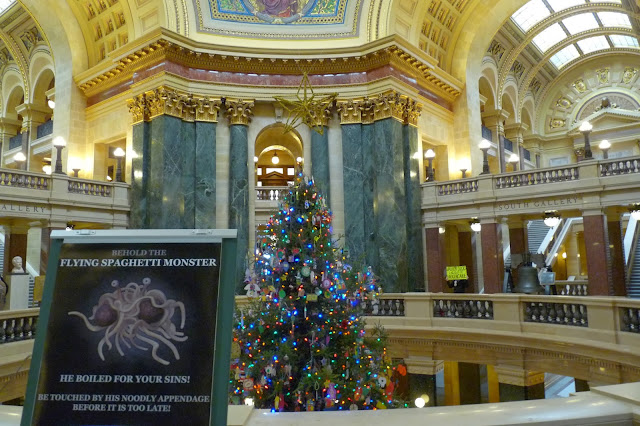 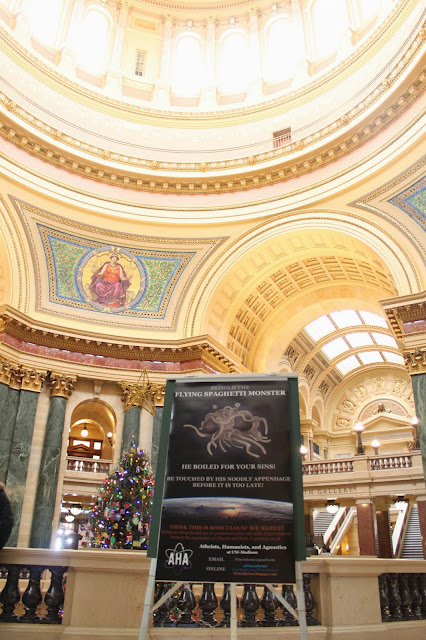 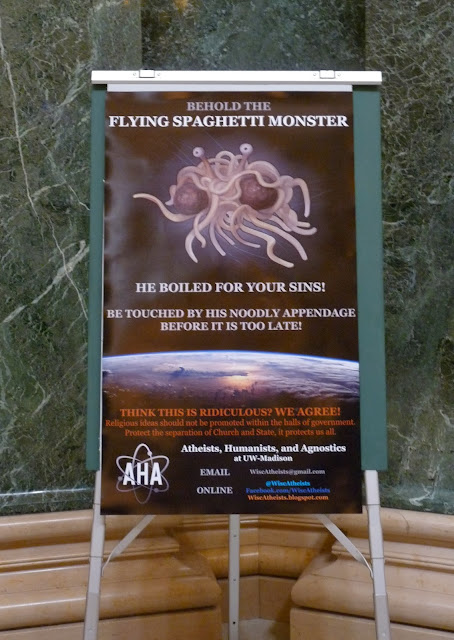 BEHOLD THE FLYING SPAGHETTI MONSTER
HE BOILED FOR YOUR SINS!
BE TOUCHED BY HIS NOODLY APPENDAGE BEFORE IT IS TOO LATE!
“Think this is ridiculous? We agree.  Religious ideas should not be promoted in the halls of government.  Protect the separation of Church and State, it protects us all.”

Every December, the Capitol rotunda becomes cluttered with numerous religious displays, mostly of a Christian nature, including signs from pro-life and creationist groups.  In response, someone has added a Festivus pole, and the Freedom From Religion Foundation constructed a “natural nativity scene” featuring Charles Darwin (among other luminaries).  It was incredibly easy for AHA to secure a permit for our own installation.  (Anyone can do it, just fill out this simple one-page application [PDF]).  What’s preventing AHA and our allies in Madison from constructing a dozen atheist displays next year?  Maybe some shrines to pay homage to some of those thousands of dead gods are in order…

This is the problem of allowing religious symbols to be displayed in government buildings.  When the State decided to turn the Capitol into an open forum, they opened the floodgates which the Flying Spaghetti Monster just sailed through.  We would much prefer to keep government buildings free from all religious (and irreligious) messages,  but if it must be “anything goes,” we hope everyone takes advantage of this opportunity to advertise their own viewpoints – no matter how silly. 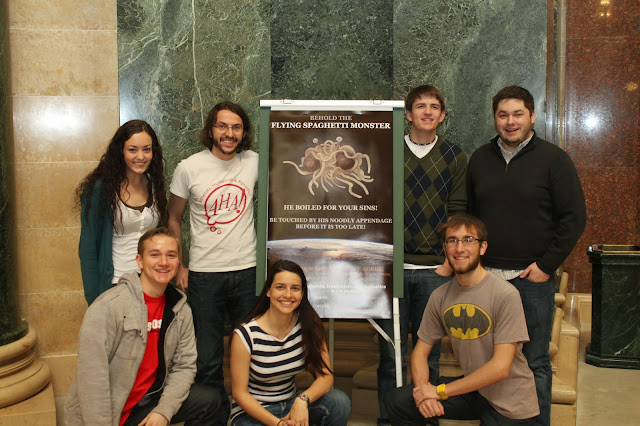 Near Madison? The FSM will be gracing the Wisconsin State Capitol with it’s presence until December 31st.  All Pastafarians are encouraged to make the pilgrimage to this holy site. RAmen. 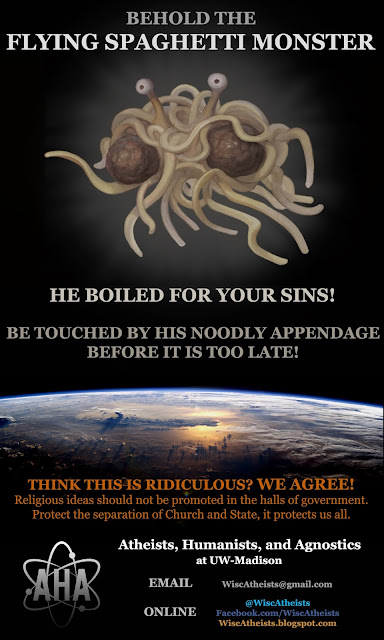 Like what AHA has been doing these days?  You can help support our efforts.
Donations are always appreciated!