What’s more spooky than a graveyard?
AHA decided to bring the Halloween spirit to Bascom Hill by constructing our own:

GOD GRAVEYARD
Here lie the graves of thousands of dead gods.
Once worshiped by entire civilizations, now only myths.
How much longer will the gods of today last? 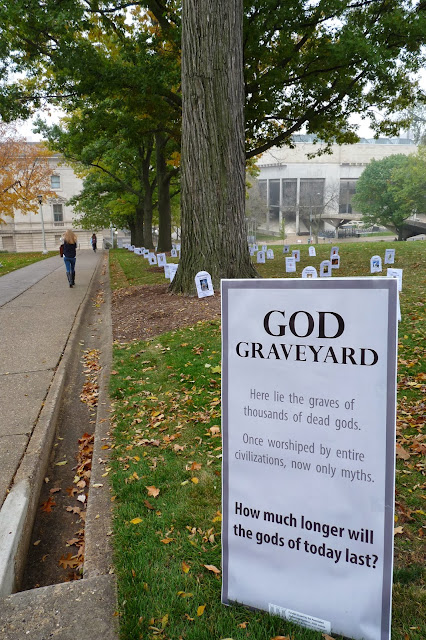 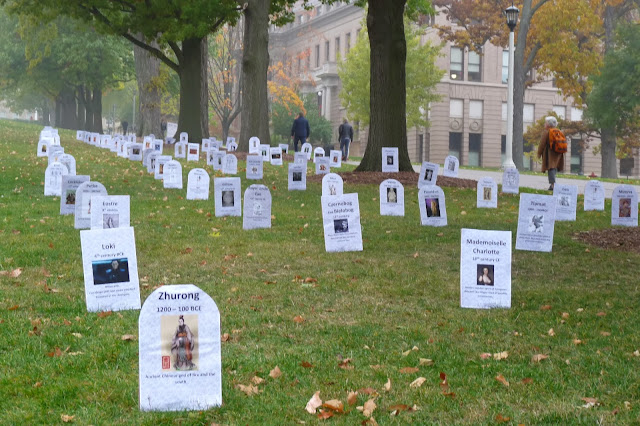 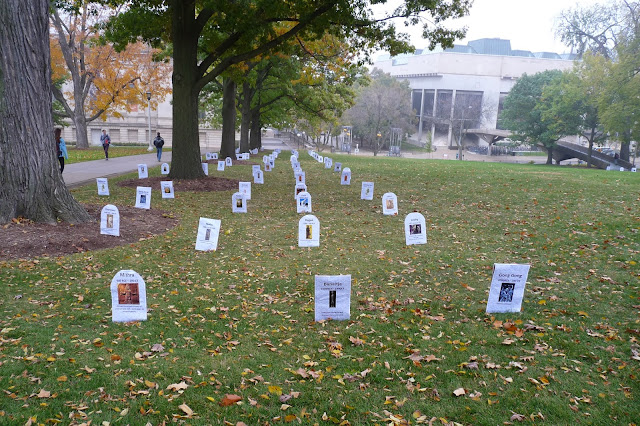 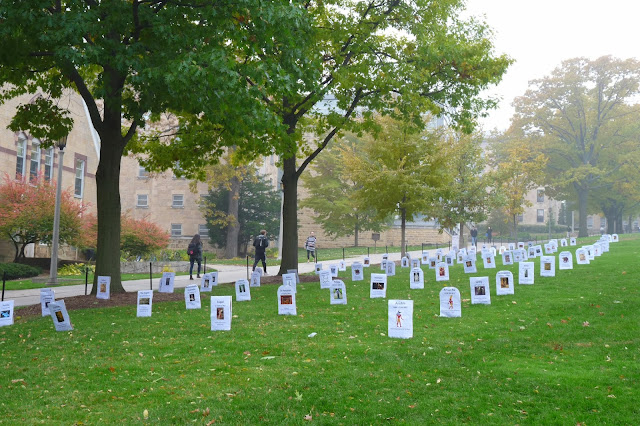 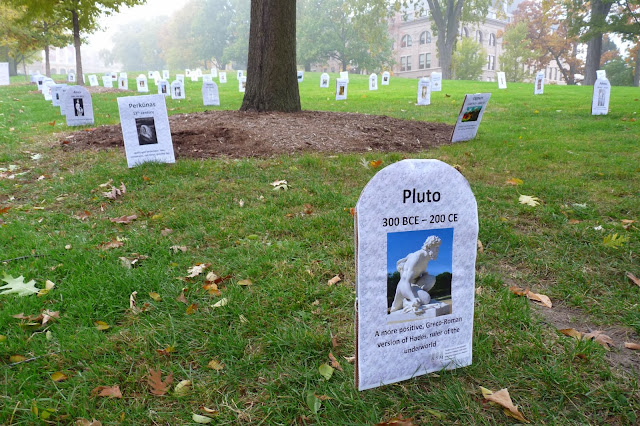 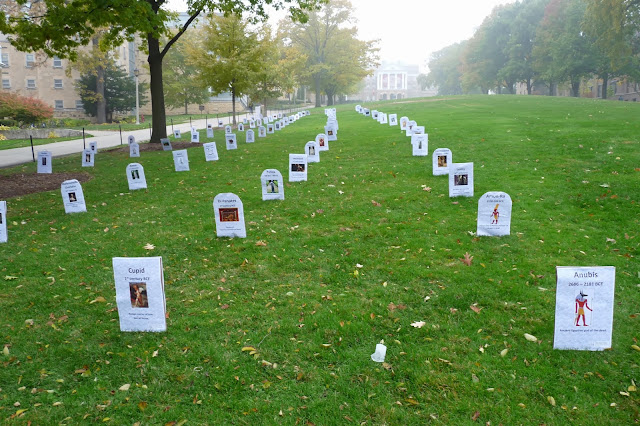 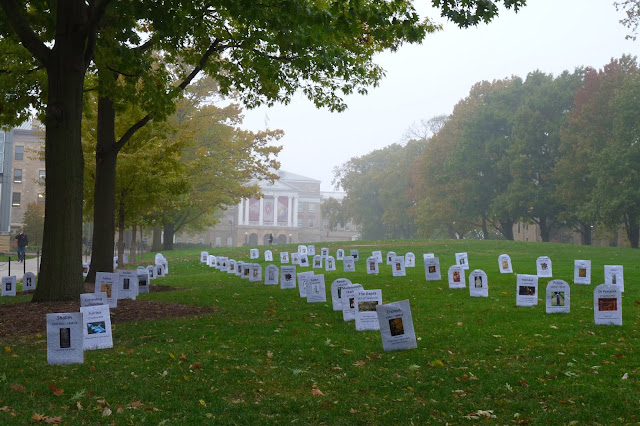 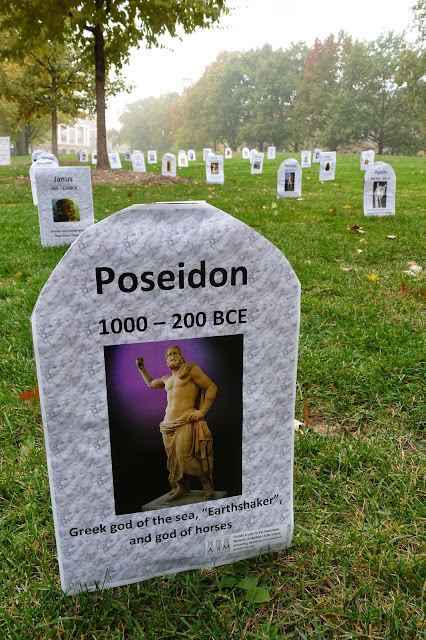 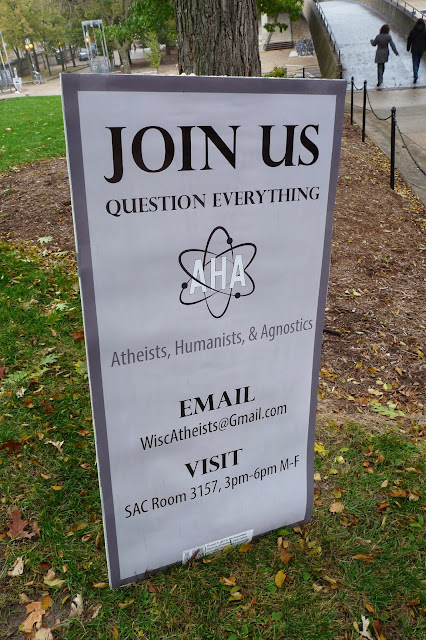 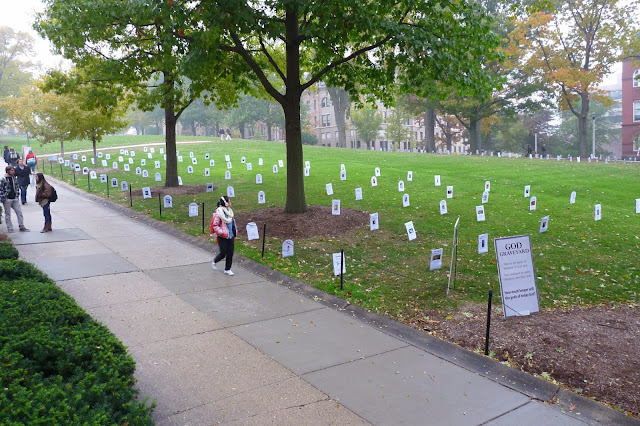 You almost start to feel bad for all these poor, neglected, tragically under-worshiped gods.
One anonymous fan was moved enough to pay their respects: 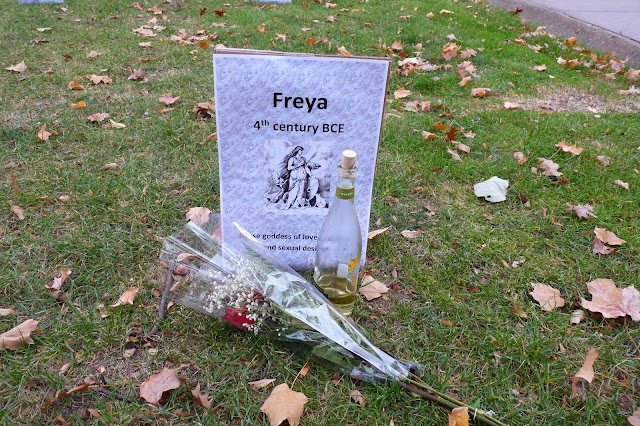