Last night, we chalked figures of Muhammad across campus from roughly 7-10pm. By noon the next day, the stick figures remained but many of the “Muhammad” labels showed signs of deliberate censorship.

The pictures speak for themselves. 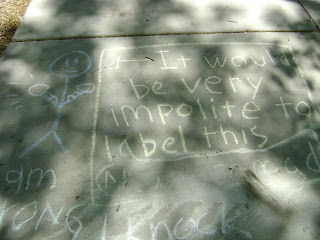 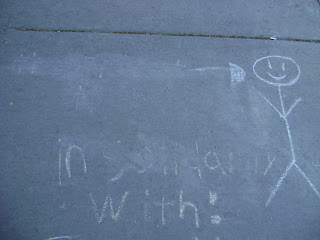 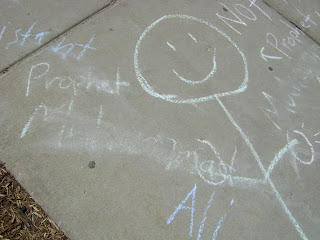 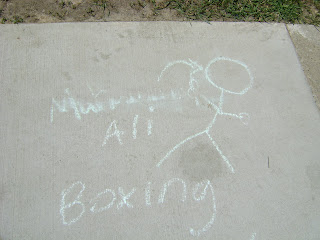 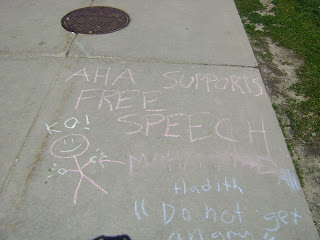 This raises some interesting questions.
Given our mutual love of free speech, would the MSA stand with us against these acts of censorship? I also can’t help but wonder, did the people who did this even feel the slightest sense of irony, as the word Muhammad was stamped out beneath their feet? 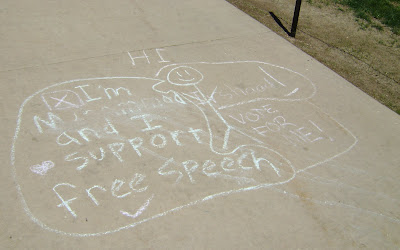 Keep in mind that this is just a few of the best examples, of which there are many more. Also note that I’m not blaming the MSA (or anyone else) for this, as I didn’t see it happen and have no way of knowing who did it – pending further evidence. For all I know, it could have been a single mischievous atheist looking to incite more trouble.

After my last blog post, I’d say the internet hivemind was divided about 50/50 in their opinion about the MSA’s response to our event. Some argued that it bordered on the realm of censorship, because AHA’s right to free expression was at least somewhat interfered with. I stand by my original statement that is was a cunning response to a rather difficult situation, and it still allowed us to get our point across. Hey, one blog commenter observed, at least they didn’t rub out the chalk or pour water on the figures.

Well, somebody did, and now I’m offended.

A common sentiment I’ve heard the past few days went a little something like this: “I’m totally in favor of free speech and all, but what you’re doing is needlessly offensive. Just because you can draw Muhammad doesn’t mean that you should.”
And my response was simple – we shall see if I can.

As it turns out, no, you cannot draw depictions of Muhammad in Madison. At least, not without having them immediately changed to pictures of Muhammad Ali, and not without having them censored the next day. Let’s imagine an alternate universe. Let’s say the drawings were never tampered with, but instead were met with nothing more than shrugged shoulders and public admonishment for our childish behavior. In this scenario the egg would be on our faces. Instead, suffice it to say that our point has been proven. The right to criticize religion and perform blasphemous acts needs to be defended more than ever.

As Ed Clint of AFF put it, when similar images were censored at UIUC:
“Any question about the silencing of criticism is now over. This is no longer just about Viacom/Comedy Central but about what is permissible on our own university campuses.”

Do we truly cherish freedom of speech? Or do we only pay it lip service, and surrender it willingly upon the slightest cries of offense?

Muhammad will be back.